Why did you move here? Bi-national relationship advice – Laura and Jonny’s story. 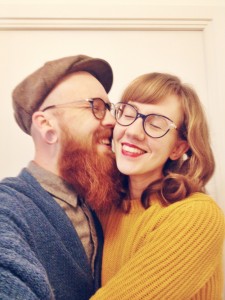 A couple of weeks ago I stumbled upon a photo of a sweet couple on Instagram. The caption said: “Nostalgia. One of the best times of my life was leaving a snowy Stockholm for a sunny California, and falling head over heels in love with my Jonny. #lovetober”. I was intrigued, what was their story? So I started talking to Laura aka @secretlydancing and found out that she met her love Jonny (@thekidfromcalifornia) on Instagram. What a perfect fit for this series!

If you’re just half as curious as me, you want to know how those two hip kids went from talking online to living together in Sweden. Just keep on reading: