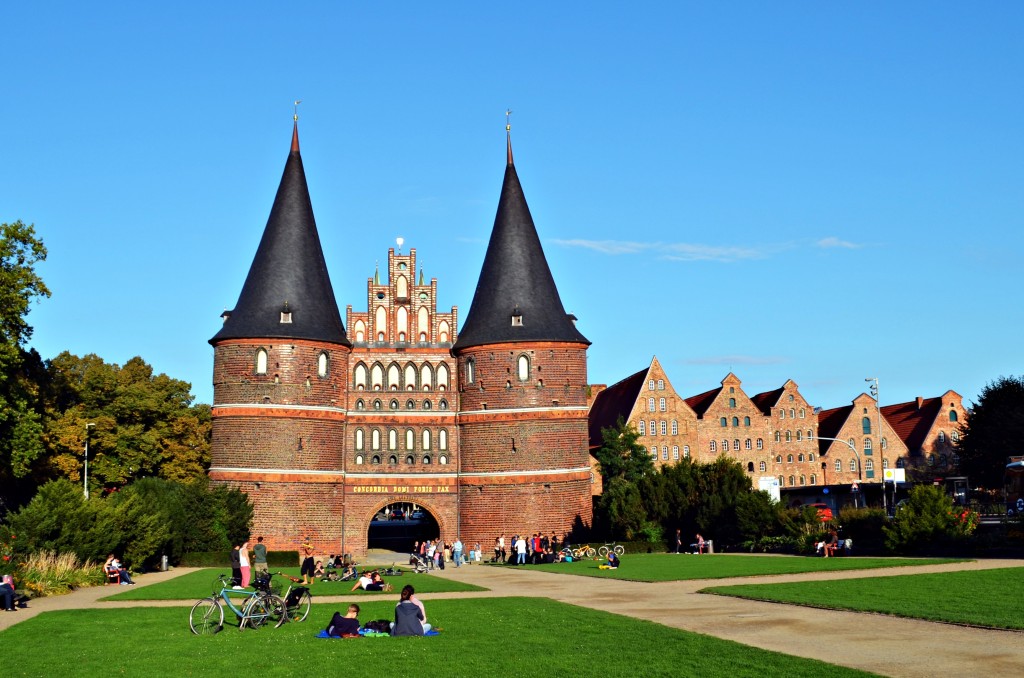 Holsten Gate, Lübeck.
When I meet people here in Canada who have been to Germany, most of them tell me about their travels to the South of Germany. I mean, yes, it is beautiful down there but I haven’t spent a whole lot of time in Southern Germany other than skiing in the alps or visiting some friends and relatives. Often I have to retreat to the old “smile and nod” when people talk about how amazing their trip was and how much they love Germany while I think “I have no idea what you’re talking about…”.

So today I want to tell you about Northern Germany. To be precise: Lübeck, my home town. I hadn’t been there for over 2.5 years and I almost forgot how beautiful it is. Most of the downtown buildings are from the middle ages (that means 500 – 1000 years ago!) and part of the historic Unesco World Heritage but people still live and work in them. That’s something North Americans have a hard time wrapping their heads around and I dearly miss it!

Even though it was September, we got lucky and had the most beautiful weather (it’s a coastal climate, so it gets a lot of rain, kind of like Vancouver or Seattle) and decided to go for a stroll through the city’s old and narrow streets. Just walking around without an agenda was just wonderful. The cold beer in a street-side restaurant with river view was the icing on the cake! 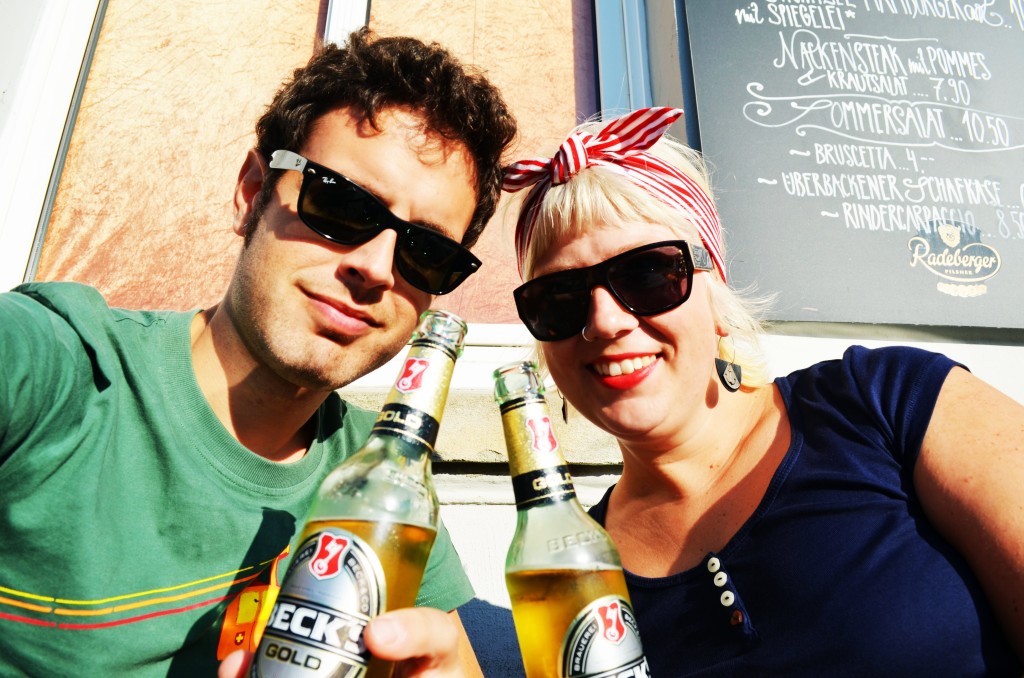 The most Northern province is called Schleswig-Holstein (oohh, so fun seeing English-speakers trying to pronounce that!), it shares a border with Denmark and is surrounded by the Baltic Sea in the East and the North Sea in the West. When I found out that the new province slogan (you know, like “Beautiful British Columbia”) is “The true North”, I had to giggle. The people who came up with that clearly haven’t been to Canada!

With so much water around, there are lots of beaches and who doesn’t love some good old beach time? I had been dreaming about walking along the shores, lazing on the sand and maybe dipping my toes into the water, it was already September after all, ever since I booked my ticket months before. Also cake. Cafe Strandvilla has the best cake with the best view.

Next on the agenda: shopping! The best opportunity for some mother-daughter bonding, right? There are so many sweet little boutiques, the best streets to got shopping are Fleischhauerstraße and Hüxstraße. As we only had a couple of hours, these are the shops we went to:

Oh, I miss it already! Next week I will tell you all about Hamburg, the biggest city in Northern Germany and a province on it’s own.