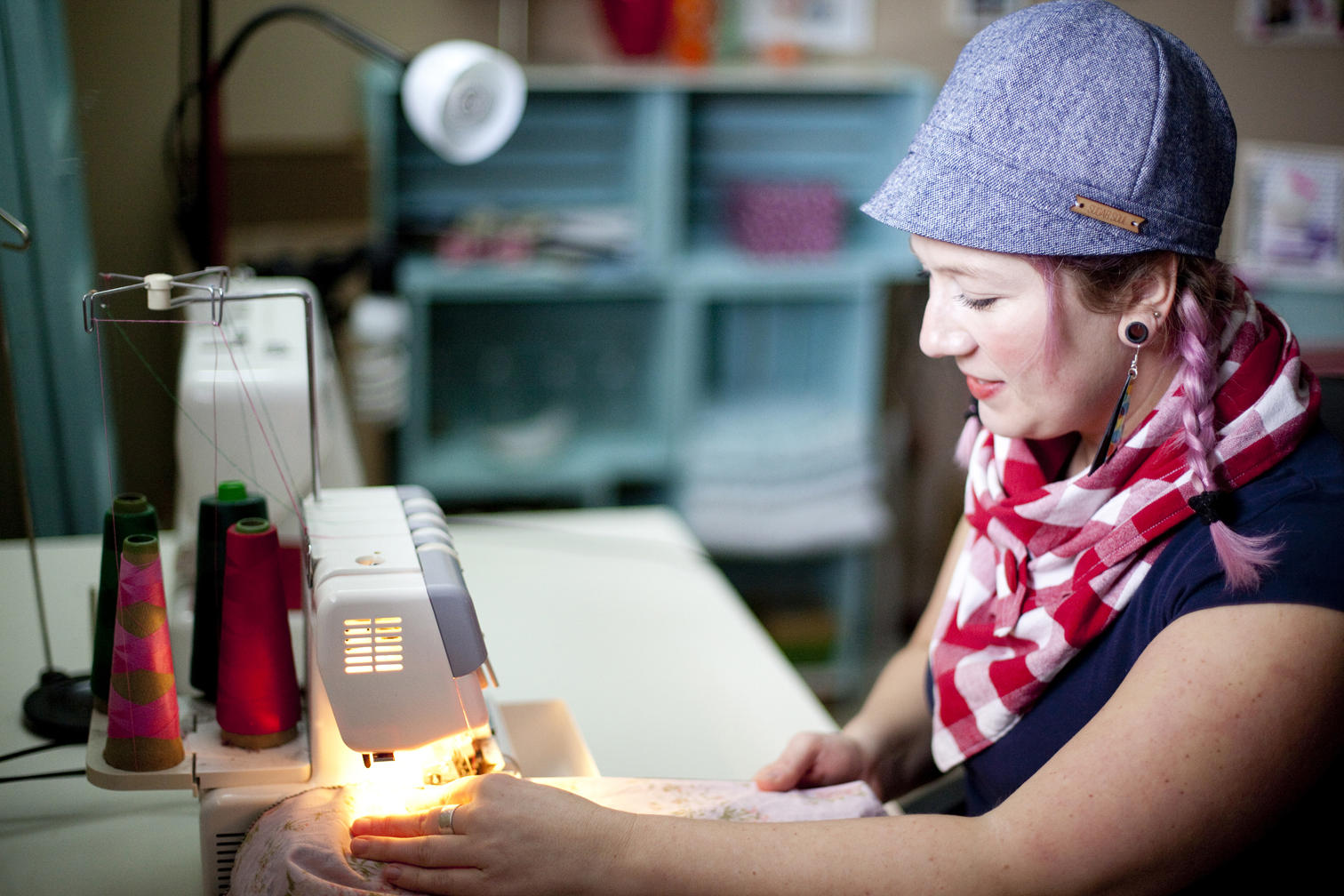 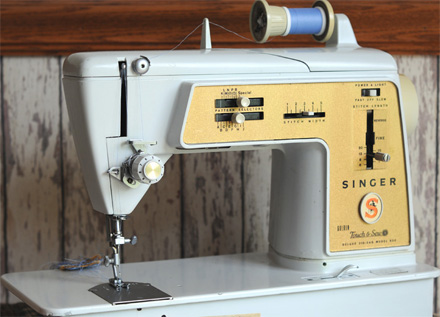 From army coats to vintage headbands

I first touched a sewing machine when I was about 10 years old in crafts class in school. I remember that it was a lot of fun. After I had learned how to use the machine properly, my mom would finally let me use hers at home. She cherishes her machine and I had seen her make several carnival costumes (kind of like a German Halloween) and clothes for me and my little brother with it. Often, she used recycled fabrics like the striped fabric in the photos which once was an apron my grandma wore when volunteering for the Red Cross.

Later, she even taught other women how to make Waldorf dolls with her machine. I just thought it was so amazing how you can turn a simple piece of fabric into something really cool with the help of a sewing machine so easily. I remember making a bib-top pinafore dress from a purple gingham fabric. It was hideous but I loved it. Hopefully, I will find it again one day. Unfortunately, puberty hit at some point and even though I was still known for my eccentric style, I didn’t pursue sewing for any longer.

My great-aunt on my Dad’s side had to move into a nursing home in 2011 and I helped clearing out her house. One of the things I found was an old Singer sewing machine from the 1970’s. It was mint green and still working. Well, at least for a couple of days until I spent 7 hours sewing in a row on a rainy January Saturday and it literally exploded or imploded. Boom. There was this loud bang, smoke coming out of the motor and it was dead. If I had known back then that I would still be sewing today and even had a thriving design and sewing business, I’d definitely had taken a picture and wouldn’t have gotten rid of it before moving to Canada.

My mom wasn’t the only woman in my family who was an avid seamstress. My grandma made a lot of her own clothes in the 1970’s and 1980’s. When I started sewing again in 2011, she gave me a bunch of fabric that was left over from her projects. That was my first time sewing with vintage fabrics and I immediately fell in love with it. There is just something about the patterns and the stories that come with vintage fabrics. 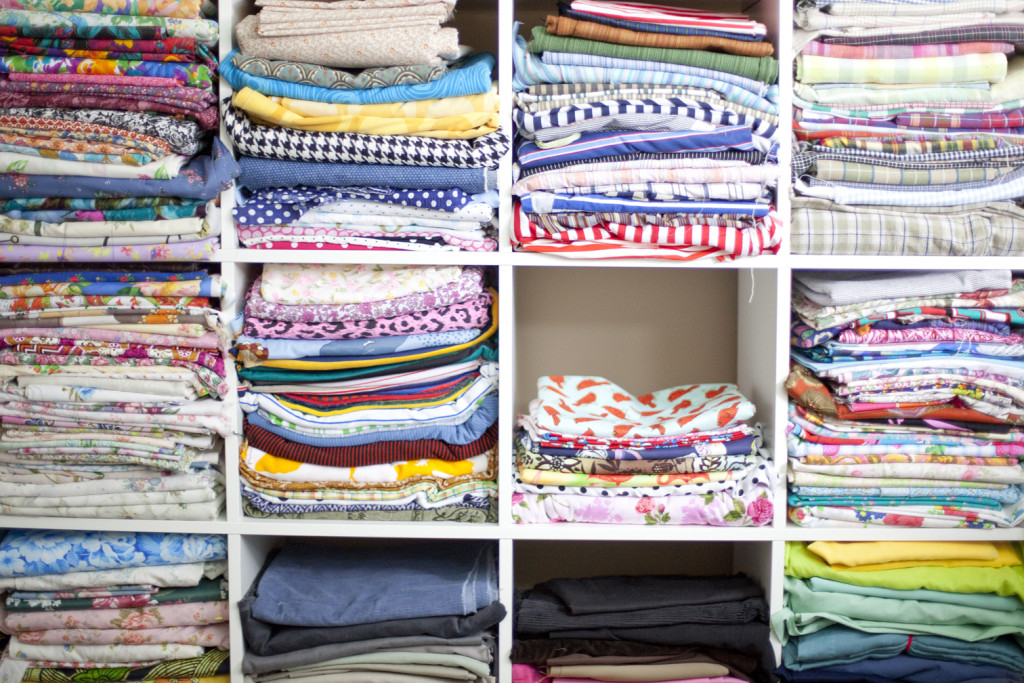 The step from vintage fabrics to recycled fabrics wasn’t far. I soon started ripping up seams and turning old dresses, sweaters, shirts, sheets and really anything that had a great pattern into headbands and scarves. I didn’t know until I talked to my Grandma about my using recycled fabrics that also that had been done in my family before. My grandfather’s mother, my great-grandmother turned old army coats into dresses after the Second World War when everything was destroyed and everything was scarce. I don’t know if she sold them to support the family or if she just made them so her family had something to wear but I think it’s pretty awesome and somehow pictures of Marlene Dietrich in a uniform-dress pop up in my mind. How stylish is that?

So today I am carrying on that legacy that I wasn’t even aware existed. Funny how that works sometimes, isn’t it? Who knows, maybe I listened to someone talk about reclaimed fabrics when I was young or maybe it was just watching my mom sew that sparked my passion. Who knows. That’s why history is so fascinating, we live it without even knowing. 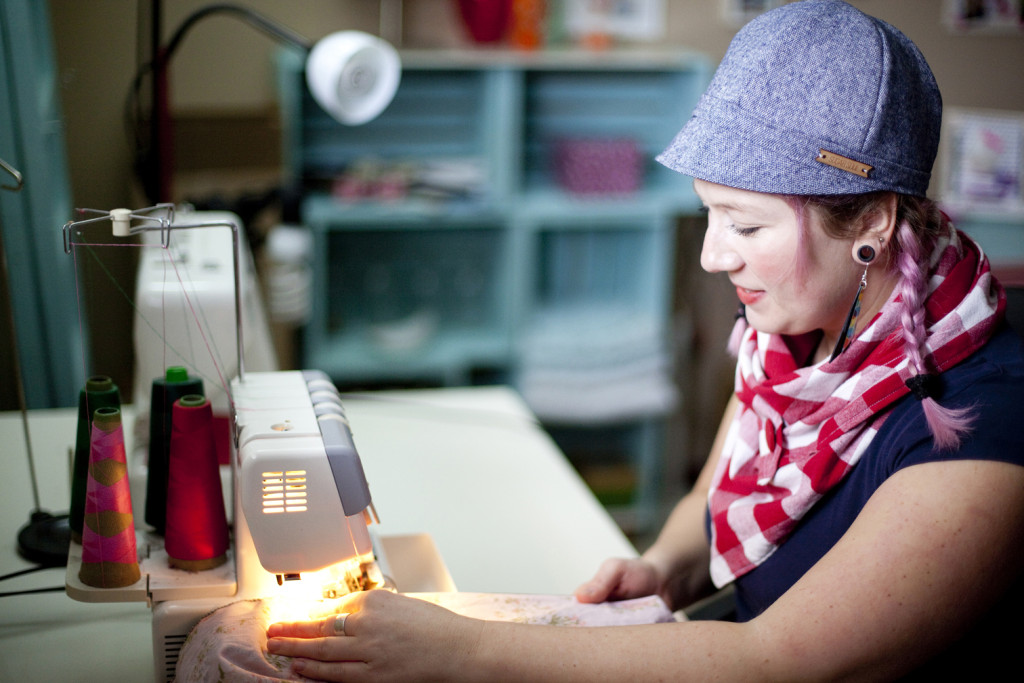 Photos of me and my studio: Logee Photography
Photo of vintage sewing machine: possumjimandelizabeth 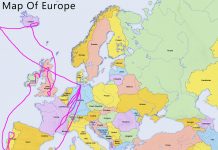 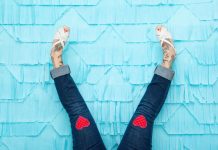 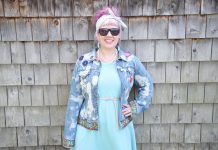 Happy Holidays! 🎄💕🎄 After the crazy stor

How is it almost Christmas? Are you ready? I sure