Why did you move here? Bi-national relationship advice – Aubrey’s story. 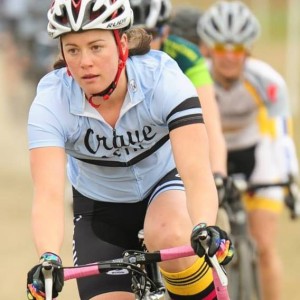 Not everybody that immigrated into another country has to cross the big ocean to meet cultural challenges. My friend Aubrey moved from New Mexico in the US to Calgary here in Canada with a guy who turned out not to be Mr. Right. And decided to stay anyway, pretty cool I’d say! Here’s what she has to say:

Tell me a bit about yourself! Aubrey, 28, Currently living in Calgary, AB, Graduate Student and research assistant. I have a lot of passions – sports, outdoors, health, bikes, as well as my research.

Have you always lived where you live now? I moved to Calgary in July 2012 from Illinois, where I had been living with my Canadian partner for two years; we’d been dating in New Mexico before that for about two years. We’d moved to Illinois because he was an international student at the University of New Mexico, and after graduation, the compromise was that he’d do graduate school in the US, where I could work while he did school. At that time I didn’t have a way to come to Canada to be with him, so we agreed to go somewhere together.

How & when did you meet your ex-partner? In New Mexico, at University. We were both studying Mechanical Engineering, so we had had some courses together. His romantic pickup line was “You should go pick up the notes” (I’d missed the first week of class, so I didn’t know the prof had handed out his own notes).

When and how did you know it was serious? Or are you not sure yet? Or maybe it
didn’t work out at all? We got pretty serious pretty quickly, but there wasn’t any reason to move in together because at the time I was living with my parents and that was very cheap. It really became serious when we both moved to a small town in Illinois together where he’d been accepted and funded for graduate school. Ultimately it didn’t work out because it was more serious for me than it was for him.

Did you have to spend time apart? After graduation we spent about 3 months apart, which was the longest time we’d spent apart the whole time we dated. I think I had a harder time with it than he did, I ended up reading a lot of books to get through it. We talked on Skype periodically, but he was working nights and I was working days, so scheduling was hard.

How did you decide where to live? He decided – he applied to schools, and Illinois was where he received funding. The agreement was that I would follow him there, and he’d follow me where I wanted to go next. I chose then to apply for graduate schools in Texas, Colorado, and the University of Calgary. I got funding at U of C, so we came here, which worked really well for both of us. It was nice to come to Calgary with him; I didn’t really know anyone or where to live, and it was a huge help to have someone with an idea of where to live. We ended up renting a house from an old friend of his for an excellent price. I was really glad to have that.

What’s most challenging about immigrating into another country? 1) Visas. The USA is really hard – as soon as we’d graduated from UNM, he had 60 days to leave the country, and there are no provisions to carry over an undergrad visa to a graduate visa, so there’s a time where you have to leave the country even if you’re coming back to the same thing. I faced something similar – we almost came to Canada for his grad school, and what made it hard/impossible was that I wouldn’t be able to work and at the time I wasn’t interested in grad school for myself.
2) Not knowing anyone – it’s difficult going someplace where you have noone to talk to besides your partner, and it puts a lot of pressure on the both of you. It takes time and effort to find friends and things to do – and if you don’t have the ability to lean on each other in those difficult times, it’s a good way to break a relationship.

What do you love about your bi-national relationship experience? This is hard. It ended badly which makes it hard to remember the good things about it. There were a lot, I’m sure, but I can’t recall them anymore. I was very depressed during the time with him – and that was partly a result of me knowing intuitively that he wasn’t as invested in the relationship as I was, and partly a result of my feeling extremely undervalued at work (Illinois) and by him (both in Illinois and in Calgary).
However, I liked learning the nuances of English that differed between him and I – I picked up on his accent right away, and then had to look up where Alberta was! Canadian/American cultures are similar, but at the same time very different. It was interesting learning the differences and what we’d grown up with could alter the way we think.

What advice could you give other people in similar situations? The biggest thing I’d do differently is talk up front about long term desires and expectations. If he doesn’t have any or he’s not sure – don’t wait around for him hoping he’ll come around. After a while marriage becomes something that makes sense, especially with dealing with international visas, and if you want to do it but you can never get a straight answer out of him about it, walk away. In my opinion the point of marriage is to say that to this person, regardless of what happens, you’ll work it out. If you aren’t comfortable making that kind of commitment with someone, find out why – and be honest with yourself, and with them. You might find a solution together that could surprise you.
What it comes down to is if it’s not an enthusiastic YES, then it’s a no. If you’re not giving that enthusiastic YES or you sense that they’re not, it’s time to walk away.

What are your 3 favourite words? Almond, Lobo (wolf in Spanish), and Crisp.

Thank you so much for sharing your story with us, Aubrey!